In this broad "social" context, mercy appears as a correlative to the interior experience of individuals languishing in a state of guilt or enduring every kind of suffering and misfortune. Both physical evil and moral evil, namely sin, cause the sons and daughters of Israel to turn to the Lord and beseech His mercy. In this way David turns to Him, conscious of the seriousness of his guilt39; Job too, after his rebellion, turns to Him in his tremendous misfortune40; so also does Esther, knowing the mortal threat to her own people.41 And we find still other examples in the books of the Old Testament.42 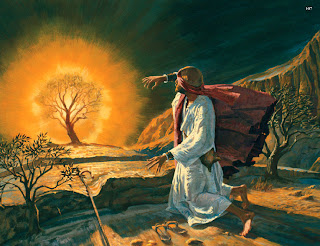 At the root of this many-sided conviction, which is both communal and personal, and which is demonstrated by the whole of the Old Testament down the centuries, is the basic experience of the chosen people at the Exodus: the Lord saw the affliction of His people reduced to slavery, heard their cry, knew their sufferings and decided to deliver them.43 In this act of salvation by the Lord, the prophet perceived his love and compassion.44 This is precisely the grounds upon which the people and each of its members based their certainty of the mercy of God, which can be invoked whenever tragedy strikes.

Added to this is the fact that sin too constitutes man's misery. The people of the Old Covenant experienced this misery from the time of the Exodus, when they set up the golden calf. The Lord Himself triumphed over this act of breaking the covenant when He solemnly declared to Moses that He was a "God merciful and gracious, slow to anger, and abounding in steadfast love and faithfulness."45 It is in this central revelation that the chosen people, and each of its members, will find, every time that they have sinned, the strength and the motive for turning to the Lord to remind Him of what He had exactly revealed about Himself46 and to beseech His forgiveness.

Thus, in deeds and in words, the Lord revealed His mercy from the very beginnings of the people which He chose for Himself; and, in the course of its history, this people continually entrusted itself, both when stricken with misfortune and when it became aware of its sin, to the God of mercies. All the subtleties of love become manifest in the Lord's mercy towards those who are His own: He is their Father,47 for Israel is His firstborn son48; the Lord is also the bridegroom of her whose new name the prophet proclaims: Ruhamah, "Beloved" or "she has obtained pity."49
at 8:01 PM