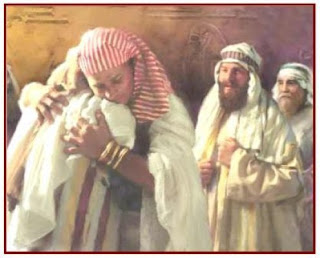 Thus the fundamental structure of justice always enters into the sphere of mercy. Mercy, however, has the power to confer on justice a new content, which is expressed most simply and fully in forgiveness. Forgiveness, in fact, shows that, over and above the process of "compensation" and "truce" which is specific to justice, love is necessary, so that man may affirm himself as man. Fulfillment of the conditions of justice is especially indispensable in order that love may reveal its own nature. In analyzing the parable of the prodigal son, we have already called attention to the fact that he who forgives and he who is forgiven encounter one another at an essential point, namely the dignity or essential value of the person, a point which cannot be lost and the affirmation of which, or its rediscovery, is a source of the greatest joy.132

The Church rightly considers it her duty and the purpose of her mission to guard the authenticity of forgiveness, both in life and behavior and in educational and pastoral work. She protects it simply by guarding its source, which is the mystery of the mercy of God Himself as revealed in Jesus Christ. The basis of the Church's mission, in all the spheres spoken of in the numerous pronouncements of the most recent Council and in the centuries-old experience of the apostolate, is none other than "drawing from the wells of the Savior"133 this is what provides many guidelines for the mission of the Church in the lives of individual Christians, of individual communities, and also of the whole People of God.

This "drawing from the wells of the Savior" can be done only in the spirit of that poverty to which we are called by the words and example of the Lord: "You received without pay, give without pay."134 Thus, in all the ways of the Church's life and ministry-through the evangelical poverty of her-ministers and stewards and of the whole people which bears witness to "the mighty works" of its Lord-the God who is "rich in mercy" has been made still more clearly manifest.
at 9:30 AM