Indulgences attached to devotions in honour of Divine Mercy
"O God, your mercy knows no bounds and the treasure of your goodness is infinite..." (Prayer after the "Te Deum" Hymn) and "O God, you reveal your almighty power above all by showing mercy and forgiveness..." (Prayer for the 26th Sunday of Ordinary Time), in these prayers Holy Mother Church humbly and faithfully sings of Divine Mercy. Indeed, God's great patience with the human race in general and with each individual person shines out in a special way when sins and moral failures are forgiven by Almighty God Himself and the guilty are readmitted in a fatherlike way to his friendship, which they deservedly lost. 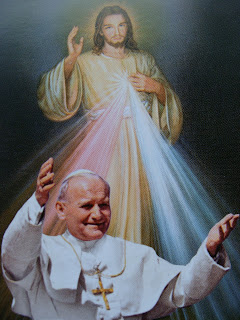 The faithful with deep spiritual affection are drawn to commemorate the mysteries of divine pardon and to celebrate them devoutly. They clearly understand the supreme benefit, indeed the duty, that the People of God have to praise Divine Mercy with special prayers and, at the same time, they realize that by gratefully performing the works required and satisfying the necessary conditions, they can obtain spiritual benefits that derive from the Treasury of the Church. "The paschal mystery is the culmination of this revealing and effecting of mercy, which is able to justify man, to restore justice in the sense of that salvific order which God willed from the beginning in man, and through man, in the world" (Encyclical Letter Dives in misericordia, n. 7).

It is God's Mercy that grants supernatural sorrow and resolution to amend
Indeed, Divine Mercy knows how to pardon even the most serious sins, and in doing so it moves the faithful to perceive a supernatural, not merely psychological, sorrow for their sins so that, ever with the help of divine grace, they may make a firm resolution not to sin any more. Such spiritual dispositions undeniably follow upon the forgiveness of mortal sin when the faithful fruitfully receive the sacrament of Penance or repent of their sin with an act of perfect charity and perfect contrition, with the resolution to receive the Sacrament of Penance as soon as they can. Indeed, Our Lord Jesus Christ teaches us in the parable of the Prodigal Son that the sinner must confess his misery to God saying: "Father I have sinned against heaven and against you; I am no longer worthy to be called your son" (Lk 15,18-19), realizing that this is a work of God, "for [he] was dead, and is alive; he was lost, and is found" (Lk 15,32).

And so with provident pastoral sensitivity and in order to impress deeply on the souls of the faithful these precepts and teachings of the Christian faith, the Supreme Pontiff, John Paul II, moved by the consideration of the Father of Mercy, has willed that the Second Sunday of Easter be dedicated to recalling with special devotion these gifts of grace and gave this Sunday the name, "Divine Mercy Sunday" (Congregation for Divine Worship and the Discipline of the Sacraments, Decree Misericors et miserator, 5 May 2000).

The Gospel of the Second Sunday of Easter narrates the wonderful things Christ the Lord accomplished on the day of the Resurrection during his first public appearance: "On the evening of that day, the first day of the week, the doors being shut where the disciples were, for fear of the Jews, Jesus came and stood among them and said to them, "Peace be with you'. When he said this, he showed them his hands and his side. Then the discples were glad to see the Lord. Jesus said to them again, "Peace be with you. As the Father has sent me, even so I send you'. And then he breathed on them, and said to them, "Receive the Holy Spirit. If you forgive the sins of any, they are forgiven; if you retain the sins of any, they are retained'" (Jn 20,19-23).

To ensure that the faithful would observe this day with intense devotion, the Supreme Pontiff himself established that this Sunday be enriched by a plenary indulgence, as will be explained below, so that the faithful might receive in great abundance the gift of the consolation of the Holy Spirit. In this way, they can foster a growing love for God and for their neighbour, and after they have obtained God's pardon, they in turn might be persuaded to show a prompt pardon to their brothers and sisters.

Pardon of others who sin against us
Thus the faithful will more closely conform to the spirit of the Gospel, receiving in their hearts the renewal that the Second Vatican Council explained and introduced: "Mindful of the words of the Lord: "By this all men will know that you are my disciples, if you have love for one another' (Jn 13,35), Christians can yearn for nothing more ardently than to serve the men of this age with an ever growing generosity and success.... It is the Father's will that we should recognize Christ our brother in the persons of all men and love them with an effective love, in word and in deed (Pastoral Constitution, Gaudium et spes, n. 93).

Three conditions for the plenary indulgence
And so the Supreme Pontiff, motivated by an ardent desire to foster in Christians this devotion to Divine Mercy as much as possible in the hope of offering great spiritual fruit to the faithful, in the Audience granted on 13 June 2002, to those Responsible for the Apostolic Penitentiary, granted the following Indulgences:
a plenary indulgence, granted under the usual conditions (sacramental confession, Eucharistic communion and prayer for the intentions of Supreme Pontiff) to the faithful who, on the Second Sunday of Easter or Divine Mercy Sunday, in any church or chapel, in a spirit that is completely detached from the affection for a sin, even a venial sin, take part in the prayers and devotions held in honour of Divine Mercy, or who, in the presence of the Blessed Sacrament exposed or reserved in the tabernacle, recite the Our Father and the Creed, adding a devout prayer to the merciful Lord Jesus (e.g. Merciful Jesus, I trust in you!");

A partial indulgence, granted to the faithful who, at least with a contrite heart, pray to the merciful Lord Jesus a legitimately approved invocation.

For those who cannot go to church or the seriously ill
In addition, sailors working on the vast expanse of the sea; the countless brothers and sisters, whom the disasters of war, political events, local violence and other such causes have been driven out of their homeland; the sick and those who nurse them, and all who for a just cause cannot leave their homes or who carry out an activity for the community which cannot be postponed, may obtain a plenary indulgence on Divine Mercy Sunday, if totally detesting any sin, as has been said before, and with the intention of fulfilling as soon as possible the three usual conditions, will recite the Our Father and the Creed before a devout image of Our Merciful Lord Jesus and, in addition, pray a devout invocation to the Merciful Lord Jesus (e.g. Merciful Jesus, I trust in you).

If it is impossible that people do even this, on the same day they may obtain the Plenary Indulgence if with a spiritual intention they are united with those carrying out the prescribed practice for obtaining the Indulgence in the usual way and offer to the Merciful Lord a prayer and the sufferings of their illness and the difficulties of their lives, with the resolution to accomplish as soon as possible the three conditions prescribed to obtain the plenary indulgence.

Priests who exercise pastoral ministry, especially parish priests, should inform the faithful in the most suitable way of the Church's salutary provision. They should promptly and generously be willing to hear their confessions. On Divine Mercy Sunday, after celebrating Mass or Vespers, or during devotions in honour of Divine Mercy, with the dignity that is in accord with the rite, they should lead the recitation of the prayers that have been given above. Finally, since "Blessed are the merciful, for they shall obtain mercy" (Mt 5,7), when they instruct their people, priests should gently encourage the faithful to practise works of charity or mercy as often as they can, following the example of, and in obeying the commandment of Jesus Christ, as is listed for the second general concession of indulgence in the "Enchiridion Indulgentiarum".

This Decree has perpetual force, any provision to the contrary notwithstanding.