CHAPTER ONE
A PARABLE OF RECONCILIATION
5. At the beginning of this apostolic exhortation there comes into my mind that extraordinary passage in St. Luke, the deeply religious as well as human substance of which I have already sought to illustrate in a previous document.(19) I refer to the parable of the prodigal son.(20)

From the Brother Who Was Lost...

"There was a man who had two sons; the younger of them said to his father, 'Father, give me the share of property that falls to me,' " says Jesus as he begins the dramatic story of that young man: the adventurous departure from his father's house, the squandering of all his property in a loose and empty life, the dark days of exile and hunger, but even more of lost dignity, humiliation and shame and then nostalgia for his own home, the courage to go back, the father's welcome. The father had certainly not forgotten his son, indeed he had kept unchanged his affection and esteem for him. So he had always waited for him, and now he embraces him and he gives orders for a great feast to celebrate the return of him who" was dead, and is alive; he was lost, and is found." 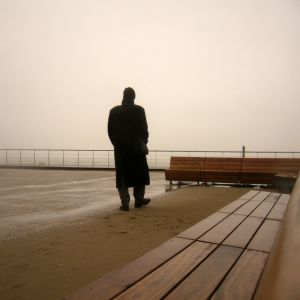 This prodigal son is man every human being: bewitched by the temptation to separate himself from his Father in order to lead his own independent existence; disappointed by the emptiness of the mirage which had fascinated him; alone, dishonored, exploited when he tries to build a world all for himself sorely tried, even in the depths of his own misery, by the desire to return to communion with his Father. Like the father in the parable, God looks out for the return of his child, embraces him when he arrives and orders the banquet of the new meeting with which the reconciliation is celebrated.

The most striking element of the parable is the father's festive and loving welcome of the returning son: It is a sign of the mercy of God, who is always willing to forgive. Let us say at once: Reconciliation is principally a gift of the heavenly Father.
at 6:52 AM