CHAPTER THREE
GOD'S INITIATIVE AND THE CHURCH'S MINISTRY
10. The church, as a reconciled and reconciling community, cannot forget that at the source of her gift and mission of reconciliation is the initiative, full of compassionate love and mercy, of that God who is love(41) and who out of love created human beings;(42) and he created them so that they might live in friendship with him and in communion with one another. 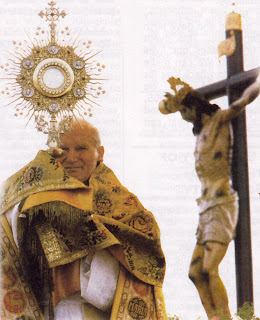 Reconciliation Comes from God
God is faithful to his eternal plan even when man, under the impulse of the evil one(43) and carried away by his own pride, abuses the freedom given to him in order to love and generously seek what is good, and refuses to obey his Lord and Father. God is faithful even when man, instead of responding with love to God's love, opposes him and treats him like a rival, deluding himself and relying on his own power, with the resulting break of relationship with the one who created him. In spite of this transgression on man's part, God remains faithful in love. It is certainly true that the story of the Garden of Eden makes us think about the tragic consequences of rejecting the Father, which becomes evident in man's inner disorder and in the breakdown of harmony between man and woman, brother and brother.(44) Also significant is the gospel parable of the two brothers who, in different ways, distance themselves from their father and cause a rift between them. Refusal of God's fatherly love and of his loving gifts is always at the root of humanity's divisions.

But we know that God, "rich in mercy,"(45) like the father in the parable, does not close his heart to any of his children. He waits for them, looks for them, goes to meet them at the place where the refusal of communion imprisons them in isolation and division. He calls them to gather about his table in the joy of the feast of forgiveness and reconciliation.

This initiative on God's part is made concrete and manifest in the redemptive act of Christ, which radiates through the world by means of the ministry of the church.

For, according to our faith, the word of God became flesh and came to dwell in the world; he entered into the history of the world) summing it up and recapitulating it in himself.(46) He revealed to us that God is love, and he gave us the new commandment" of love,(47) at the same time communicating to us the certainty that the path of love is open for all people, so that the effort to establish universal brotherhood is not a vain one.(48) By conquering through his death on the cross evil and the power of sin, by his loving obedience, he brought salvation to all and became "reconciliation for all. In him God reconciled man to himself.

The church carries on the proclamation of reconciliation which Christ caused to echo through the villages of Galilee and all Palestine(49) and does not cease to invite all humanity to be converted and to believe in the good news. She speaks in the name of Christ, making her own the appeal of St. Paul which we have already recalled: "We are ambassadors for Christ, God making his appeal through us. We beseech you on behalf of Christ, be reconciled to God."(50)
Those who accept this appeal enter into the economy of reconciliation and experience the truth contained in that other affirmation of St. Paul, that Christ "is our peace, who has made us both one, and has broken down the dividing wall of hostility..., so making peace" that he "might reconcile us both to God."(51) This text directly concerns the overcoming of the religious division between Israel-as the chosen people of the Old Testament-and the other peoples, all called to form part of the new covenant. Nevertheless it contains the affirmation of the new spiritual universality desired by God and accomplished by him through the sacrifice of his Son, the word made man, without limits or exclusions of any sort, for all those who are converted and who believe in Christ. We are all therefore called to enjoy the fruits of this reconciliation desired by God: every individual and every people.
at 8:09 AM