THE PROMOTION OF PENANCE AND RECONCILIATION: WAYS AND MEANS 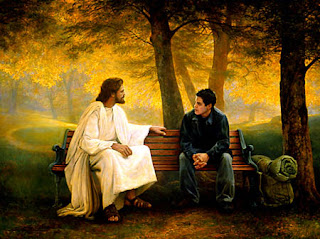 24. In order to promote penance and reconciliation, the church has at her disposal two principal means which were entrusted to her by her founder himself: catechesis and the sacraments. Their use has always been considered by the church as fully in harmony with the requirements of her salvific mission and at the same time as corresponding to the requirements and spiritual needs of people in all ages. This use can be in forms and ways both old and new, among which it will be a good idea to remember in particular what we can call, in the expression of my predecessor Paul VI, the method of dialogue.

25. For the church, dialogue is in a certain sense a means and especially a way of carrying out her activity in the modern world.

The Second Vatican Council proclaims that "the church, by virtue of her mission to shed on the whole world the radiance of the gospel message, and to unify under one Spirit all people... stands forth as a sign of that fraternal solidarity which allows honest dialogue and invigorates it." The council adds that the church should be capable of "establishing an ever more fruitful dialogue among all those who compose the one people of God" and also of "establishing a dialogue with human society."(122)

My predecessor Paul VI devoted to dialogue a considerable part of his first encyclical, Ecclesism Suam, in which he describes it and significantly characterizes it as the dialogue of salvation.(123)
at 9:01 AM