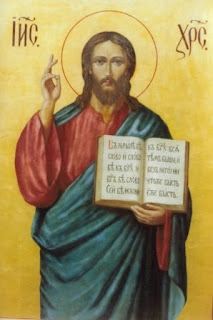 The heartfelt and determined invitation which was already extended by my predecessor in preparation for the 1975 Holy Year(125) is also valid at the present moment. In order to overcome conflicts and to ensure that normal tensions do not prove harmful to the unity of the church, we must all apply to ourselves the word of God; we must relinquish our own subjective views and seek the truth where it is to be found, namely in the divine word itself and in the authentic interpretation of that word provided by the magisterium of the church. In this light, listening to one another, respect, refraining from all hasty judgments, patience, the ability to avoid subordinating the faith which unites to the opinions, fashions and ideological choices which divide-these are all qualities of a dialogue within the church which must be persevering, open and sincere. Obviously dialogue would not have these qualities and would not become a factor of reconciliation if the magisterium were not heeded and accepted.

Thus actively engaged in seeking her own internal communion, the Catholic Church can address an appeal for reconciliation to the other churches with which there does not exist full communion, as well as to the other religions and even to all those who are seeking God with a sincere heart. This she has been doing for some time. 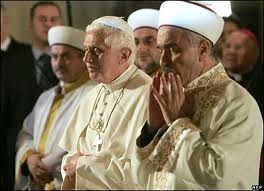 In the light of the council and of the magisterium of my predecessors, whose precious inheritance I have received and am making every effort to preserve and put into effect, I can affirm that the Catholic Church at every level is committed to frank ecumenical dialogue, without facile optimism but also without distrust and without hesitation or delays. The fundamental laws which she seeks to follow in this dialogue are, on the one hand, the conviction that only a spiritual ecumenism-namely an ecumenism founded on common prayer and in a common docility to the one Lord-enables us to make a sincere and serious response to the other exigencies of ecumenical action.(126) The other law is the conviction that a certain facile irenicism in doctrinal and especially dogmatic matters could perhaps lead to a form of superficial and short-lived coexistence, but it could not lead to that profound and stable communion which we all long for. 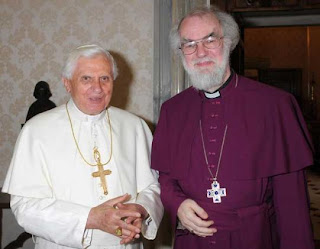 This communion will be reached at the hour willed by divine providence. But in order to reach it, the Catholic Church, for her part, knows that she must be open and sensitive to all "the truly Christian endowments from our common heritage which are to be found among our separated brethren";(127) but she also knows that she must likewise base a frank and constructive dialogue upon a clarity regarding her own positions and upon fidelity and consistency with the faith transmitted and defined in accordance with the perennial tradition of her magisterium. Notwithstanding the threat of a certain defeatism and despite the inevitable slowness which rashness could never correct, the Catholic Church continues with all other Christian brethren to seek the paths to unity, and with the followers of the other religions she continues to seek to have sincere dialogue. May this inter-religious dialogue lead to the overcoming of all attitudes of hostility, distrust, mutual condemnation and even mutual invective, which is the precondition for encounter at least in faith in one God and in the certainty of eternal life for the immortal soul. May the Lord especially grant that ecumenical dialogue will also lead to a sincere reconciliation concerning everything that we already have in common with the other Christian churches- faith in Jesus Christ, the Son of God made man, our savior and Lord; a listening to the word; the study of revelation and the sacrament of baptism.
at 12:57 PM