"Whose Sins You Shall Forgive" 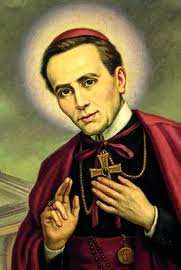 29. The books of the Old and New Testament provide us with the first and fundamental fact concerning the Lord's mercy and forgiveness. In the Psalms and in the preaching of the prophets, the name merciful is perhaps the one most often given to the Lord, in contrast to the persistent cliche whereby the God of the Old Testament is presented above all as severe and vengeful. Thus in the Psalms there is a long sapiential passage drawing from the Exodus tradition, which recalls God's kindly action in the midst of his people. This action, though represented in an anthropomorphic way, is perhaps one of the most eloquent Old Testament proclamations of the divine mercy. Suffice it to quote the verse: "Yet he, being compassionate, forgave their iniquity and did not destroy them; he restrained his anger often, and did not stir up all his wrath. He remembered that they were but flesh, a wind that passes and comes not again."(157)
In the fullness of time the Son of God, coming as the lamb who takes away and bears upon himself the sin of the world appears as the one who has the power both to judge(159) and to forgive sins,(160) and who has come not to condemn but to forgive and save.(161)
Now this power to " forgive sins" Jesus confers through the Holy Spirit upon ordinary men, themselves subject to the snare of sin, namely his apostles: "Receive the Holy Spirit. Whose sins you shall forgive, they are forgiven; whose sins you shall retain, they are retained."(162) This is one of the most awe-inspiring innovations of the Gospel! He confers this power on the apostles also as something which they can transmit-as the church has understood it from the beginning-to their successors, charged by the same apostles with the mission and responsibility of continuing their work as proclaimers of the Gospel and ministers of Christ's redemptive work. 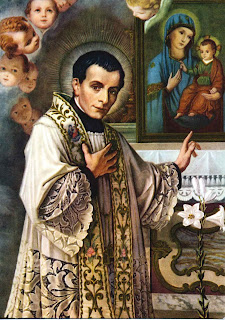 Here there is seen in all its grandeur the figure of the minister of the sacrament of penance who by very ancient custom is called the confessor.
Just as at the altar where he celebrates the eucharist and just as in each one of the sacraments, so the priest, as the minister of penance, acts "in persona Christi" The Christ whom he makes present and who accomplishes the mystery of the forgiveness of sins is the Christ who appears as the brother of man,(163) the merciful high priest, faithful and compassionate,(164) the shepherd intent on finding the lost sheep,(165) the physician who heals and comforts,(166) the one master who teaches the truth and reveals the ways of God,(167) the judge of the living and the dead,(168) who judges according to the truth and not according to appearances.(169)
This is undoubtedly the most difficult and sensitive, the most exhausting and demanding ministry of the priest, but also one of the most beautiful and consoling. Precisely for this reason and with awareness also of the strong recommendation of the synod, I will never grow weary of exhorting my brothers, the bishops and priests, to the faithful and diligent performance of ministry.(170) Before the consciences of the faithful, who open up to him with a mixture of fear and trust, the confessor is called to a lofty task which is one of service and penance and human reconciliation. It is a task of learning the weaknesses and falls of those faithful people, assessing their desire for renewal and their efforts to achieve it, discerning the action of the Holy Spirit in their hearts, imparting to them a forgiveness which God alone can grant, "celebrating" their reconciliation with the Father, portrayed in the parable of the prodigal son, reinstating these redeemed sinners in the ecclesial community with their brothers and sisters, and paternally admonishing these penitents with a firm, encouraging and friendly "Do not sin again."(171) 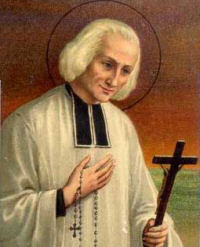 For the effective performance of this ministry, the confessor must necessarily have human qualities of prudence, discretion, discernment and a firmness tempered by gentleness and kindness. He must likewise have a serious and careful preparation, not fragmentary but complete and harmonious, in the different branches of theology, pedagogy and psychology, in the methodology of dialogue and above all in a living and communicable knowledge of the word of God. But it is even more necessary that he should live an intense and genuine spiritual life. In order to lead others along the path of Christian perfection the minister of penance himself must first travel this path. More by actions than by long speeches he must give proof of real experience of lived prayer, the practice of the theological and moral virtues of the Gospel, faithful obedience to the will of God, love of the church and docility to her magisterium.
All this fund of human gifts, Christian virtues and pastoral capabilities has to be worked for and is only acquired with effort. Every priest must be trained for the ministry of sacramental penance from his years in the seminary, not only through the study of dogmatic, moral, spiritual and pastoral theology (which are simply parts of a whole), but also through the study of the human sciences, training in dialogue and especially in how to deal with people in the pastoral context. He must then be guided and looked after in his first activities. He must always ensure his own improvement and updating by means of permanent study. What a wealth of grace, true life and spiritual radiation would be poured out on the church if every priest were careful never to miss through negligence or various excuses the appointment with the faithful in the confessional and if he were even more careful never to go to it unprepared or lacking the necessary human qualities and spiritual and pastoral preparation! In this regard I cannot but recall with devout admiration those extraordinary apostles of the confessional such as St. John Nepomucene, St. John Vianney, St. Joseph Cafasso and St. Leopold of Castelnuovo, to mention only the best-known confessors whom the church has added to the list of her saints. But I also wish to pay homage to the innumerable host of holy and almost always anonymous confessors to whom is owed the salvation of so many souls who have been helped by them in conversion, in the struggle against sin and temptation, in spiritual progress and, in a word, in achieving holiness. I do not hesitate to say that even the great canonized saints are generally the fruit of those confessionals, and not only the saints but also the spiritual patrimony of the church and the flowering of a civilization permeated with the Christian spirit! Praise then to this silent army of our brothers who have served well and serve each day the cause of reconciliation through the ministry of sacramental penance!
at 11:13 AM