The Corporal & Spiritual Works of Mercy in the Lives of the Saints - Featuring Those Saints Canonised by Bl. Pope John Paul II 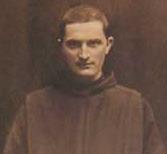 ERMINIO FILIPPO PAMPURI, Brother Richard in religion, was the tenth of the eleven children of Innocenzo and Angela (nee Campari) Pampuri. He was born at Trivolzio (Pavia, Italy), on 12 August 1897 and was baptised the following day. When he was three years of age his mother died and he was then taken into the home of his mother's sister, at Torrino, a village near Trivolzio. In 1907 also his father is expired at Milan.

He went to two primary schools at nearby villages and then went to Milan where he attended a junior high school. He completed his high school studies as a boarder at Augustine's College, Pavia, where after graduation, he enrolled in the Medical Faculty of Pavia University.  Between the years 1915 and 1920, he was in the fighting zone of World War I. He served firstly as a sergeant and later went into training as an officer in the Medical Corps.
On 6 July 1921, he graduated top of his class in Medicine and Surgery at the above mentioned university.
After a three years practical experience with this doctor uncle, and for a short time as temporary assistant in the medical practice at Vernate, he was appointed to the practice of Morimondo (Milan). In 1922 he passed his internship with high honours at the Milan Institute of Obstetrics and Gynaecology. In 1923 he was registered at Pavia University as a General Practitioner of Medicine and Surgery.

Very soon his heart and mind began opening up to the Christian ideals of medicine and the apostolate. Even as a young boy he wanted to become a missionary priest, but was dissuaded from this on account of his delicate health.  From his youth he was always a shining example of Christian virtue everywhere he went. Whilst living in the midst of the world, he openly and consistently professed the Gospel message and practised works of charity with generosity and devotion.

He loved prayer and kept himself constantly in close union with God, even when he was kept very busy. He assiduously attended the Eucharistic table and spent long periods in profound adoration before the Tabernacle.He had a tremendous devotion to the Blessed Virgin Mary and prayed the Rosary often more than once a day. 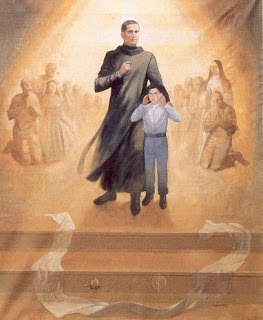 He was an active and diligent member of Pavia University's Severino Boezio Club for Catholic Action. He also belonged to the St. Vincent de Paul Society and the Third Orden of St. Francis.

Since his boyhood he was involved in Catholic Action so when he arrived at Morimondo to practice medicine, he gave valuable assistance to the parish priest and helped him to set up a musical band and a Catholic Action Youth Club of which he was the first president. Both of these under the patronage of St. Pius X. He was also secretary of the Parish Missionary Aid Society.

He organised regular retreats for the Youth Club, farm labourers and local workers, at the Jesuit Fathers' "Villa del Sacro Cuore" at Triuggio, generally paying their expenses. He used to invite his colleagues and friends to come along as well.

As well as being studious and competent in practising his profession, he was generous, charitable and very concerned for his patients. Throughout his practice he visited them both by day and night, never sparing himself no matter wherever they lived, even in places difficult to find. Since most of his patients were poor, he gave them medicines, money, food, clothing, and blankets. His charity extended to the poor rural workers and needy folk in and around Morimondo and even going further afield to other towns and districts.

When eventually he was to leave his practice in six years time, to become a religious, the grief at having lost the "holy doctor" was so greatly felt everywhere, that even the daily press took up the story.
Dr. Pampuri joined the Hospitaller Order of St. John of God so as to follow the way of evangelical holiness more closely and at the same time to be able to carry on his medical profession so as to alleviate the suffering of his neighbour. He joined the St. John of God Brothers at Milan on 22 June 1927. He did his novitiate year at Brescia and when it was over, made his profession of religious vows on 24 October 1928.

He was then appointed Director of the dental clinic attached to the St. John of God Brothers' Hospital at Brescia. This was mostly frequented by working people and the poor. Brother Richard untiringly gave himself fully to serving them with such wonderful charity that he was admired by all.

Throughout his life as a religious, Brother Richard was, as he had always been before he became a St. John of God Brother, a model of virtue and charity: to his Brothers in the Order, the patients, the doctors, the paramedics, the nurses, and all who came into contact with him. Everybody agreed upon his sanctity.

He suffered a fresh outbreak of pleurisy, which he first contracted during his military service, and this degenerated into specific bronco-pneumonia. On 18 April 1930 he was taken from Brescia to Milan, where he died in sanctity on 1 May at the age of 33 years: "leaving behind, the memory of a doctor who knew how to transform his own profession into a mission of charity; and a religious brother who reproduced within himself, the charism of a true son of St. John of God" (Decree of heroic virtue, 12 June 1978). 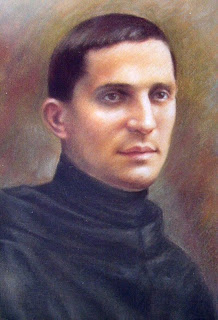 After his death, his reputation of sanctity which he demonstrated throughout his life, greatly expanded throughout Italy, Europe and the entire world. Many of the faithful received significant graces from God, even miraculous ones, through his intercession.
The two required miracles were accepted and he was beatified by His Holiness John Paul II on 4 October 1981.
Later on, a miraculous healing through the intercession of Blessed Richard Pampuri, took place on 5 January 1982 at Alcadozo (Albacete, Spain). This was approved as a miracle and so, on the feast of All Saints, 1 November 1989, he was solemnly canonized.

"The brief, but intense life, of Brother Richard Pampuri is a stimulus for the entire People of God, but especially so for youth, doctors and religious brothers and sisters.

He invites the youth of today, to live joyfully and courageously in the Christian faith; to always listen to the Word of God, generously follow the teachings of Christ's message and give themselves to the service of others.He appeals to his colleagues, the doctors, to responsibly carry out their delicate art of healing; vivifying it with Christian, human and professional ideals, because theirs is a real mission of service to others, of fraternal charity and a real promotion of human life.

Brother Richard recommends to religious brothers and sisters, especially those who quietly and humbly go about their consecrated work in hospital wards and other centres, to hold fast to the original charism of their Institute in their lives, loving both God and their neighbour who is in need" (Homily, 4 October 1981).

St. Richard Pampuri's body is conserved and venerated in the Parish Church of Trivolzio (Pavia, Italy). His feastday is celebrated on 1 May.
at 10:01 AM