Sr. Josefa Menendez in her book The Way of Divine Love describes a scene from hell 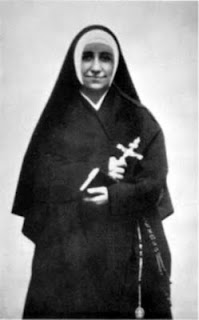 "Some yell because of the martyrdom of their hands. Perhaps they were thieves, for they say: 'Where is our loot now?' ...Cursed hands... Others curse their tongues, their eyes...whatever was the occasion of sin... 'Now, O body, you are paying the price of the delights you granted yourself!...and you did it of your own free will...'" (April 2, 1922).

"I saw several souls fall into Hell, and among them was a child of fifteen, cursing her parents for not having taught her to fear God nor that there was a Hell. Her life had been a short one, she said, but full of sin, for she had given in to all that her body and passions demanded in the way of satisfaction..." (March 22, 1923).

"I heard a demon, from whom a soul had escaped, forced to confess his powerlessness. 'Confound it all... how do so many manage to escape me? They were mine' (and he rattled off their sins)... 'I work hard enough, yet they slip through my fingers... Someone must be suffering and repairing for them.'" (January 15, 1923). ("Repairing," that is, "making reparation" for them).