Diary of St. Faustina...suffering for the Aborted Souls.... 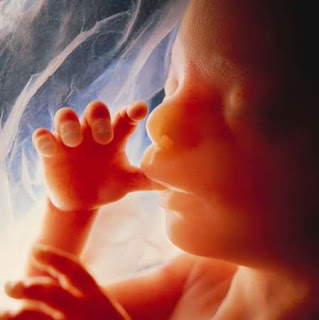 September 16, 1937. I wanted very much to make a Holy hour before the Blessed Sacrament today. But God’s will was otherwise. At eight o’clock I was seized with such violent pains that I had to go to bed at once. I was convulsed with pain for three hours; that is, until eleven o’clock at night. No medicine had any effect on me, and whatever I swallowed I threw up. At times, the pains caused me to lose consciousness. Jesus had me realize that in this way I took part in His agony in the garden, and that He himself allowed these sufferings in order to offer reparation to God for the souls murdered in the wombs of their mothers. I have gone through these sufferings three times now. They always start at eight o’clock in the evening and last until eleven. No medicine can lessen these sufferings. When eleven o’clock comes, they cease by themselves, and I fall asleep at that moment. The following day, I feel very weak.
at 1:18 PM