The Little Number of Those Who Are Saved 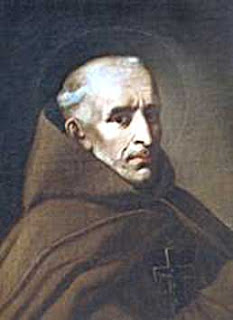 Thanks be to God, the number of the Redeemer's disciples is not so small that the wickedness of the Scribes and Pharisees is able to triumph over them. Although they strove to calumniate innocence and to deceive the crowd with their treacherous sophistries by discrediting the doctrine and character of Our Lord, finding spots even in the sun, many still recognized Him as the true Messiah, and, unafraid of either chastisements or threats, openly joined His cause. Did all those who followed Christ follow Him even unto glory? Oh, this is where I revere the profound mystery and silently adore the abysses of the divine decrees, rather than rashly deciding on such a great point! The subject I will be treating today is a very grave one; it has caused even the pillars of the Church to tremble, filled the greatest Saints with terror and populated the deserts with anchorites. The point of this instruction is to decide whether the number of Christians who are saved is greater or less than the number of Christians who are damned; it will, I hope, produce in you a salutary fear of the judgments of God.
Brothers, because of the love I have for you, I wish I were able to reassure you with the prospect of eternal happiness by saying to each of you: You are certain to go to paradise; the greater number of Christians is saved, so you also will be saved. But how can I give you this sweet assurance if you revolt against God's decrees as though you were your own worst enemies? I observe in God a sincere desire to save you, but I find in you a decided inclination to be damned. So what will I be doing today if I speak clearly? I will be displeasing to you. But if I do not speak, I will be displeasing to God.
Therefore, I will divide this subject into two points. In the first one, to fill you with dread, I will let the theologians and Fathers of the Church decide on the matter and declare that the greater number of Christian adults are damned; and, in silent adoration of that terrible mystery, I will keep my own sentiments to myself. In the second point I will attempt to defend the goodness of God versus the godless, by proving to you that those who are damned are damned by their own malice, because they wanted to be damned. So then, here are two very important truths. If the first truth frightens you, do not hold it against me, as though I wanted to make the road of heaven narrower for you, for I want to be neutral in this matter; rather, hold it against the theologians and Fathers of the Church who will engrave this truth in your heart by the force of reason. If you are disillusioned by the second truth, give thanks to God over it, for He wants only one thing: that you give your hearts totally to Him. Finally, if you oblige me to tell you clearly what I think, I will do so for your consolation.
Continued here:  http://olrl.org/snt_docs/fewness.shtml