IV. THE PARABLE OF THE PRODIGAL SON
5. An Analogy 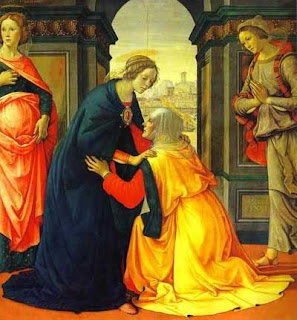 At the very beginning of the New Testament, two voices resound in St. Luke's Gospel in unique harmony concerning the mercy of God, a harmony which forcefully echoes the whole Old Testament tradition. They express the semantic elements linked to the differentiated terminology of the ancient books. Mary, entering the house of Zechariah, magnifies the Lord with all her soul for "his mercy," which "from generation to generation" is bestowed on those who fear Him. A little later, as she recalls the election of Israel, she proclaims the mercy which He who has chosen her holds "in remembrance" from all time.60 Afterwards, in the same house, when John the Baptist is born, his father Zechariah blesses the God of Israel and glorifies Him for performing the mercy promised to our fathers and for remembering His holy covenant.61

In the teaching of Christ Himself, this image inherited from the Old Testament becomes at the same time simpler and more profound. This is perhaps most evident in the parable of the prodigal son.62 Although the word "mercy" does not appear, it nevertheless expresses the essence of the divine mercy in a particularly clear way. This is due not so much to the terminology, as in the Old Testament books, as to the analogy that enables us to understand more fully the very mystery of mercy, as a profound drama played out between the father's love and the prodigality and sin of the son.
at 1:34 PM