1. The Revelation of Mercy 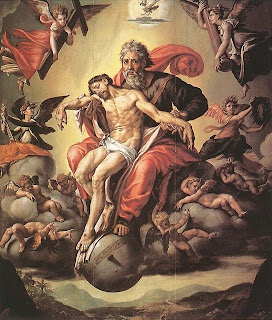 It is "God, who is rich in mercy" 1 whom Jesus Christ has revealed to us as Father: it is His very Son who, in Himself, has manifested Him and made Him known to us.2 Memorable in this regard is the moment when Philip, one of the twelve Apostles, turned to Christ and said: "Lord, show us the Father, and we shall be satisfied"; and Jesus replied: "Have I been with you so long, and yet you do not know me...? He who has seen me has seen the Father."3 These words were spoken during the farewell discourse at the end of the paschal supper, which was followed by the events of those holy days during which confirmation was to be given once and for all of the fact that "God, who is rich in mercy, out of the great love with which he loved us, even when we were dead through our trespasses, made us alive together with Christ."4

Following the teaching of the Second Vatican Council and paying close attention to the special needs of our times, I devoted the encyclical Redemptor hominis to the truth about man, a truth that is revealed to us in its fullness and depth in Christ. A no less important need in these critical and difficult times impels me to draw attention once again in Christ to the countenance of the "Father of mercies and God of all comfort."5 We read in the Constitution Gaudium et spes: "Christ the new Adam...fully reveals man to himself and brings to light his lofty calling," and does it "in the very revelation of the mystery of the Father and of his love."6 The words that I have quoted are clear testimony to the fact that man cannot be manifested in the full dignity of his nature without reference - not only on the level of concepts but also in an integrally existential way - to God. Man and man's lofty calling are revealed in Christ through the revelation of the mystery of the Father and His love.

For this reason it is now fitting to reflect on this mystery. It is called for by the varied experiences of the Church and of contemporary man. It is also demanded by the pleas of many human hearts, their sufferings and hopes, their anxieties and expectations. While it is true that every individual human being is, as I said in my encyclical Redemptor hominis, the way for the Church, at the same time the Gospel and the whole of Tradition constantly show us that we must travel this day with every individual just as Christ traced it out by revealing in Himself the Father and His love.7 In Jesus Christ, every path to man, as it has been assigned once and for all to the Church in the changing context of the times, is simultaneously an approach to the Father and His love. The Second Vatican Council has confirmed this truth for our time.

The more the Church's mission is centered upon man-the more it is, so to speak, anthropocentric-the more it must be confirmed and actualized theocentrically, that is to say, be directed in Jesus Christ to the Father. While the various currents of human thought both in the past and at the present have tended and still tend to separate theocentrism and anthropocentrism, and even to set them in opposition to each other, the Church, following Christ, seeks to link them up in human history, in a deep and organic way. And this is also one of the basic principles, perhaps the most important one, of the teaching of the last Council. Since, therefore, in the present phase of the Church's history we put before ourselves as our primary task the implementation of the doctrine of the great Council, we must act upon this principle with faith, with an open mind and with all our heart. In the encyclical already referred to, I have tried to show that the deepening and the many-faceted enrichment of the Church's consciousness resulting from the Council must open our minds and our hearts more widely to Christ. Today I wish to say that openness to Christ, who as the Redeemer of the world fully reveals man himself," can only be achieved through an ever more mature reference to the Father and His love.
at 5:58 PM