2. The Incarnation of Mercy 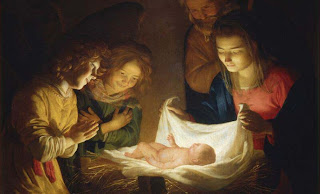 Although God "dwells in unapproachable light,"8 He speaks to man he means of the whole of the universe: "ever since the creation of the world his invisible nature, namely, his eternal power and deity, has been clearly perceived in the things that have been made."9 This indirect and imperfect knowledge, achieved by the intellect seeking God by means of creatures through the visible world, falls short of "vision of the Father." "No one has ever seen God," writes St. John, in order to stress the truth that "the only Son, who is in the bosom of the Father, he has made him known."10 This "making known" reveals God in the most profound mystery of His being, one and three, surrounded by "unapproachable light."11 Nevertheless, through this "making known" by Christ we know God above all in His relationship of love for man: in His "philanthropy."12 It is precisely here that "His invisible nature" becomes in a special way "visible," incomparably more visible than through all the other "things that have been made": it becomes visible in Christ and through Christ, through His actions and His words, and finally through His death on the cross and His resurrection.

In this way, in Christ and through Christ, God also becomes especially visible in His mercy; that is to say, there is emphasized that attribute of the divinity which the Old Testament, using various concepts and terms, already defined as "mercy." Christ confers on the whole of the Old Testament tradition about God's mercy a definitive meaning. Not only does He speak of it and explain it by the use of comparisons and parables, but above all He Himself makes it incarnate and personifies it. He Himself, in a certain sense, is mercy. To the person who sees it in Him - and finds it in Him - God becomes "visible" in a particular way as the Father who is rich in mercy."13
at 9:18 AM