Especially through His lifestyle and through His actions, Jesus revealed that love is present in the world in which we live - an effective love, a love that addresses itself to man and embraces everything that makes up his humanity. This love makes itself particularly noticed in contact with suffering, injustice and poverty - in contact with the whole historical "human condition," which in various ways manifests man's limitation and frailty, both physical and moral. It is precisely the mode and sphere in which love manifests itself that in biblical language is called "mercy." 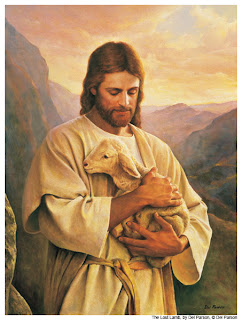 Christ, then, reveals God who is Father, who is "love," as St. John will express it in his first letter22; Christ reveals God as "rich in mercy," as we read in St. Paul.23 This truth is not just the subject of a teaching; it is a reality made present to us by Christ. Making the Father present as love and mercy is, in Christ's own consciousness, the fundamental touchstone of His mission as the Messiah; this is confirmed by the words that He uttered first in the synagogue at Nazareth and later in the presence of His disciples and of John the Baptist's messengers.
On the basis of this way of manifesting the presence of God who is Father, love and mercy, Jesus makes mercy one of the principal themes of His preaching. As is His custom, He first teaches "in parables," since these express better the very essence of things. It is sufficient to recall the parable of the prodigal son,24 or the parable of the Good Samaritan,25 but also - by contrast - the parable of the merciless servant.26 There are many passages in the teaching of Christ that manifest love-mercy under some ever-fresh aspect. We need only consider the Good Shepherd who goes in search of the lost sheep, 27 or the woman who sweeps the house in search of the lost coin.28 The Gospel writer who particularly treats of these themes in Christ's teaching is Luke, whose Gospel has earned the title of "the Gospel of mercy."
at 9:46 AM