It is not difficult to see that in the modern world the sense of justice has been reawakening on a vast scale; and without doubt this emphasizes that which goes against justice in relationships between individuals, social groups and "classes," between individual peoples and states, and finally between whole political systems, indeed between what are called "worlds." This deep and varied trend, at the basis of which the contemporary human conscience has placed justice, gives proof of the ethical character of the tensions and struggles pervading the world. 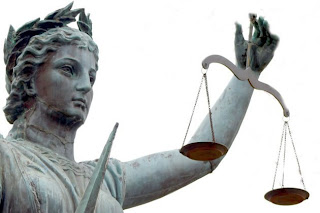 The Church shares with the people of our time this profound and ardent desire for a life which is just in every aspect, nor does she fail to examine the various aspects of the sort of justice that the life of people and society demands. This is confirmed by the field of Catholic social doctrine, greatly developed in the course of the last century. On the lines of this teaching proceed the education and formation of human consciences in the spirit of justice, and also individual undertakings, especially in the sphere of the apostolate of the laity, which are developing in precisely this spirit.

And yet, it would be difficult not to notice that very often programs which start from the idea of justice and which ought to assist its fulfillment among individuals, groups and human societies, in practice suffer from distortions. Although they continue to appeal to the idea of justice, nevertheless experience shows that other negative forces have gained the upper hand over justice, such as spite, hatred and even cruelty. In such cases, the desire to annihilate the enemy, limit his freedom, or even force him into total dependence, becomes the fundamental motive for action; and this contrasts with the essence of justice, which by its nature tends to establish equality and harmony between the parties in conflict. This kind of abuse of the idea of justice and the practical distortion of it show how far human action can deviate from justice itself, even when it is being undertaken in the name of justice. Not in vain did Christ challenge His listeners, faithful to the doctrine of the Old Testament, for their attitude which was manifested in the words: An eye for an eye and a tooth for a tooth."111

This was the form of distortion of justice at that time; and today's forms continue to be modeled on it. It is obvious, in fact, that in the name of an alleged justice (for example, historical justice or class justice) the neighbor is sometimes destroyed, killed, deprived of liberty or stripped of fundamental human rights. The experience of the past and of our own time demonstrates that justice alone is not enough, that it can even lead to the negation and destruction of itself, if that deeper power, which is love, is not allowed to shape human life in its various dimensions. It has been precisely historical experience that, among other things, has led to the formulation of the saying: summum ius, summa iniuria. This statement does not detract from the value of justice and does not minimize the significance of the order that is based upon it; it only indicates, under another aspect, the need to draw from the powers of the spirit which condition the very order of justice, powers which are still more profound.

The Church, having before her eyes the picture of the generation to which we belong, shares the uneasiness of so many of the people of our time. Moreover, one cannot fail to be worried by the decline of many fundamental values, which constitute an unquestionable good not only for Christian morality but simply for human morality, for moral culture: these values include respect for human life from the moment of conception, respect for marriage in its indissoluble unity, and respect for the stability of the family. Moral permissiveness strikes especially at this most sensitive sphere of life and society. Hand in hand with this go the crisis of truth in human relationships, lack of responsibility for what one says, the purely utilitarian relationship between individual and individual, the loss of a sense of the authentic common good and the ease with which this good is alienated. Finally, there is the "desacralization" that often turns into "dehumanization": the individual and the society for whom nothing is "sacred" suffer moral decay, in spite of appearances.
at 7:18 AM