7. As we deduce from the parable of the prodigal son, reconciliation is a gift of God, an initiative on his part. But our faith teaches us that this initiative takes concrete form in the mystery of Christ the redeemer, the reconciler and the liberator of man from sin in all its forms. St. Paul likewise does not hesitate to sum up in this task and function the incomparable mission of Jesus of Nazareth, the word and the Son of God made man.

We too can start with this central mystery of the economy of salvation, the key to St. Paul's Christology. "If while we were enemies we were reconciled to God by the death of his Son," writes St. Paul, "much more, now that we are reconciled, shall we be saved by his life. Not only so, but we also rejoice in God through our Lord Jesus Christ, through whom we have now received our reconciliation."(22) Therefore, since "God was in Christ reconciling the world to himself," Paul feels inspired to exhort the Christians of Corinth: "Be reconciled to God."(23)

This mission of reconciliation through death on the cross is spoken of in another terminology by the evangelist John, when he observes that Christ had to die " to gather into one the children of God who are scattered abroad."(24)

But it is once more St. Paul who enables us to broaden our vision of Christ's work to cosmic dimensions when he writes that in Christ the Father has reconciled to himself all creatures, those in heaven and those on earth.(25) It can rightly be said of Christ the redeemer that "in the time of wrath he was taken in exchange"(26) and that, if he is "our peace,"(27) he is also our reconciliation. 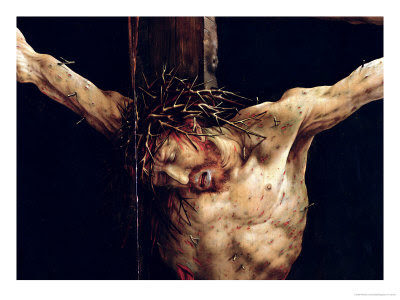 With every good reason his passion and death, sacramentally renewed in the eucharist, are called by the liturgy the "sacrifice of reconciliation":(28) reconciliation with God and with the brethren, since Jesus teaches that fraternal reconciliation must take place before the sacrifice is offered.(29)
Beginning with these and other significant passages in the New Testament, we can therefore legitimately relate all our reflections on the whole mission of Christ to his mission as the one who reconciles. Thus there must be proclaimed once more the church's belief in Christ's redeeming act, in the paschal mystery of his death and resurrection, as the cause of man's reconciliation in its twofold aspect of liberation from sin and communion of grace with God.
It is precisely before the sad spectacle of the divisions and difficulties in the way of reconciliation between people that I invite all to look to the mysterium crucis as the loftiest drama in which Christ perceives and suffers to the greatest possible extent the tragedy of the division of man from God, so that he cries out in the words of the psalmist: "My God, my God, why have you forsaken me?"(30) and at the same time accomplishes our reconciliation. With our eyes fixed on the mystery of Golgotha we should be reminded always of that "vertical" dimension of division and reconciliation concerning the relationship between man and God, a dimension which in the eyes of faith always prevails over the "horizontal" dimension, that is to say, over the reality of division between people and the need for reconciliation between them For we know that reconciliation between people is and can only be the fruit of the redemptive act of Christ, who died and rose again to conquer the kingdom of sin, to re- establish the covenant with God and thus break down the dividing wall which sin had raised up between people.
at 9:58 AM