CHAPTER ONE
THE MYSTERY OF SIN
14 If we read the passage in the Bible on the city and tower of Babel in the new light offered by the Gospel and if we compare it with the other passage on the fall of our first parents, we can draw from it valuable elements for an understanding of the mystery of sin. This expression, which echoes what St. Paul writes concerning the mystery of evil,(66) helps us to grasp the obscure and intangible element hidden in sin. Clearly sin is a product of man's freedom. But deep within its human reality there are factors at work which place it beyond the merely human, in the border area where man's conscience, will and sensitivity are in contact with the dark forces which, according to St. Paul, are active in the world almost to the point of ruling it.(67) 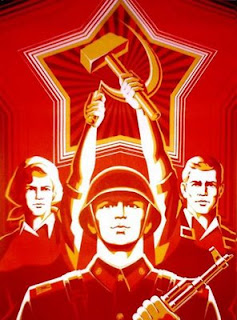 A first point which helps us to understand sin emerges from the biblical narrative on the building of the tower of Babel: The people sought to build a city, organize themselves into a society and to be strong and powerful without God, if not precisely against God.(68) In this sense the story of the first sin in Eden and the story of Babel, in spite of notable differences in content and form, have one thing in common: In both there is an exclusion of God through direct opposition to one of his commandments, through an act of rivalry, through the mistaken pretension of being "like him."(69) In the story of Babel the exclusion of God is presented not so much under the aspect of opposition to him as of forgetfulness and indifference toward him, as if God were of no relevance in the sphere of man's joint projects. But in both cases the relationship to God is severed with violence. In the case of Eden there appears in all its seriousness and tragic reality that which constitutes the ultimate essence and darkness of sin: disobedience to God, to His law, to the mural norm that he has given man, inscribing it in his heart and confirming and perfecting it through revelation.

Exclusion of God, rupture with God, disobedience to God: Throughout the history of mankind this has been and is, in various forms, sin. It can go as far as a very denial of God and his existence: This is the phenomenon called atheism.

It is the disobedience of a person who, by a free act, does not acknowledge God's sovereignty over his or her life, at least at that particular moment in which he or she transgresses God's law.
at 3:16 PM