15. In the biblical narratives mentioned above, man's rupture with God leads tragically to divisions between brothers.

In the description of the "first sin," the rupture with Yahweh simultaneously breaks the bond of friendship that had united the human family. Thus the subsequent pages of Genesis show us the man and the woman as it were pointing an accusing finger at each other.(70) Later we have the brother hating his brother and finally taking his life.(71) 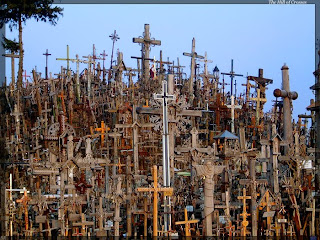 According to the Babel story, the result of sin is the shattering of the human family, already begun with the first sin and now reaching its most extreme form on the social level.

No one wishing to investigate the mystery of sin can ignore this link between cause and effect. As a rupture with God, sin is an act of disobedience by a creature who rejects, at least implicitly, the very one from whom he came and who sustains him in life. It is therefore a suicidal act. Since by sinning man refuses to submit to God, his internal balance is also destroyed and it is precisely within himself that contradictions and conflicts arise. Wounded in this way, man almost inevitably causes damage to the fabric of his relationship with others and with the created world. This is an objective law and an objective reality, verified in so many ways in the human psyche and in the spiritual life as well as in society, where it is easy to see the signs and effects of internal disorder.