Mortal and Venial
17. But here we come to a further dimension in the mystery of sin, one on which the human mind has never ceased to ponder: the question of its gravity. It is a question which cannot be overlooked and one which the Christian conscience has never refused to answer. Why and to what degree is sin a serious matter in the offense it commits against God and in its effects on man? The church has a teaching on this matter which she reaffirms in its essential elements, while recognizing that it is not always easy in concrete situations to define clear and exact limits. 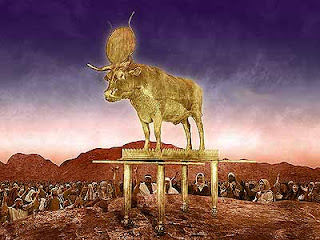 Already in the Old Testament, individuals guilty of several kinds of sins - sins committed deliberately,(75) the various forms of impurity,(76) idolatry,(77) the worship of false gods (78) - were ordered to be "taken away from the people," which could also mean to be condemned to death.(79) Contrasted with these were other sins especially sins committed through ignorance, that were forgiven by means of a sacrificial offering.(80)

In reference also to these texts, the church has for centuries spoken of mortal sin and venial sin. But it is above all the New Testament that sheds light on this distinction and these terms. Here there are many passages which enumerate and strongly reprove sins that are particularly deserving of condemnation.(81) There is also the confirmation of the Decalogue by Jesus himself.(82) Here I wish to give special attention to two passages that are significant and impressive. 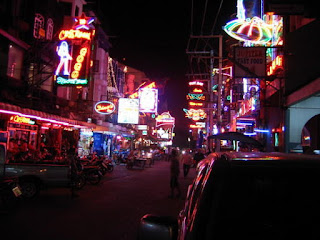 In a text of his First Letter, St. John speaks of a sin which leads to death (pros thanaton), as opposed to a sin which does not lead to death (me pros thanaton).(83) Obviously, the concept of death here is a spiritual death. It is a question of the loss of the true life or "eternal life," which for John is knowledge of the Father and the Son,(84) and communion and intimacy with them. In that passage the sin that leads to death seems to be the denial of the Son(85) or the worship of false gods.(86) At any rate, by this distinction of concepts John seems to wish to emphasize the incalculable seriousness of what constitutes the very essence of sin, namely the rejection of God. This is manifested above all in apostasy and idolatry: repudiating faith in revealed truth and making certain created realities equal to God, raising them to the status of idols or false gods.(87) But in this passage the apostle's intention is also to underline the certainty that comes to the Christian from the fact of having been "born of God" through the coming of the Son: The Christian possesses a power that preserves him from falling into sin; God protects him, and "the evil one does not touch him." If he should sin through weakness or ignorance, he has confidence in being forgiven, also because he is supported by the joint prayer of the community.
In another passage of the New Testament, namely in St. Matthew's Gospel,(88)Jesus himself speaks of a "blasphemy against the Holy Spirit" that " will not be forgiven" by reason of the fact that in its manifestation, it is an obstinate refusal to be converted to the love of the Father of mercies.
at 11:32 AM