The Loss of the Sense of Sin


18. Over the course of generations, the Christian mind has gained from the Gospel as it is read in the ecclesial community a fine sensitivity and an acute perception of the seeds of death contained in sin, as well as a sensitivity and an acuteness of perception for identifying them in the thousand guises under which sin shows itself. This is what is commonly called the sense of sin. 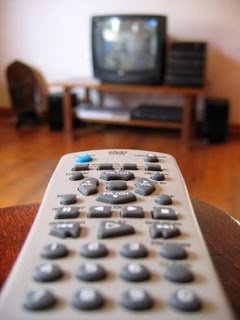 Nevertheless, it happens not infrequently in history, for more or less lengthy periods and under the influence of many different factors, that the moral conscience of many people becomes seriously clouded. "Have we the right idea of conscience?"-I asked two years ago in an address to the faithful" Is it not true that modern man is threatened by an eclipse of conscience? By a deformation of conscience? By a numbness or 'deadening' of conscience,"(97) Too many signs indicate that such an eclipse exists in our time. This is all the more disturbing in that conscience, defined by the council as "the most secret core and sanctuary of a man,"(98) is "strictly related to human freedom.... For this reason conscience, to a great extent, constitutes the basis of man's interior dignity and, at the same time, of his relationship to God."(99) It is inevitable therefore that in this situation there is an obscuring also of the sense of sin, which is closely connected with the moral conscience, the search for truth and the desire to make a responsible use of freedom. When the conscience is weakened the sense of God is also obscured, and as a result, with the loss of this decisive inner point of reference, the sense of sin is lost. This explains why my predecessor Pius XI, one day declared, in words that have almost become proverbial, that "the sin of the century is the loss of the sense of sin."(100)

Why has this happened in our time. A glance at certain aspects of contemporary culture can help us to understand the progressive weakening of the sense of sin, precisely because of the crisis of conscience and crisis of the sense of God already mentioned.


"Secularism" is by nature and definition a movement of ideas and behavior which advocates a humanism totally without God, completely centered upon the cult of action and production and caught up in the heady enthusiasm of consumerism and pleasure seeking, unconcerned with the danger of "losing one's soul." This secularism cannot but undermine the sense of sin. At the very most, sin will be reduced to what offends man. But it is precisely here that we are faced with the bitter experience which I already alluded to in my first encyclical namely, that man can build a world without God, but this world will end by turning against him."(101) In fact, God is the origin and the supreme end of man, and man carries in himself a divine seed.(102) Hence it is the reality of God that reveals and illustrates the mystery of man. It is therefore vain to hope that there will take root a sense of sin against man and against human values, if there is no sense of offense against God, namely the true sense of sin.
at 4:47 PM