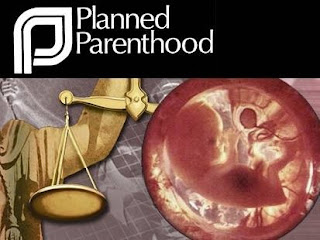 The loss of the sense of sin is thus a form or consequence of the denial of God: not only in the form of atheism but also in the form of secularism. If sin is the breaking, off of one's filial relationship to God in order to situate one's life outside of obedience to him, then to sin is not merely to deny God. To sin is also to live as if he did not exist, to eliminate him from one's daily life. A model of society which is mutilated or distorted in one sense or another, as is often encouraged by the mass media, greatly favors the gradual loss of the sense of sin. In such a situation the obscuring or weakening of the sense of sin comes from several sources: from a rejection of any reference to the transcendent in the name of the individual's aspiration to personal independence; from acceptance of ethical models imposed by general consensus and behavior, even when condemned by the individual conscience; from the tragic social and economic conditions that oppress a great part of humanity, causing a tendency to see errors and faults only in the context of society; finally and especially, from the obscuring of the notion of God's fatherhood and dominion over man's life.

Even in the field of the thought and life of the church certain trends inevitably favor the decline of the sense of sin. For example, some are inclined to replace exaggerated attitudes of the past with other exaggerations: From seeing sin everywhere they pass to not recognizing it anywhere; from too much emphasis on the fear of eternal punishment they pass to preaching a love of God that excludes any punishment deserved by sin; from severity in trying to correct erroneous consciences they pass to a kind of respect for conscience which excludes the duty of telling the truth. And should it not be added that the confusion caused in the consciences of many of the faithful by differences of opinions and teachings in theology, preaching, catechesis and spiritual direction on serious and delicate questions of Christian morals ends by diminishing the true sense of sin almost to the point of eliminating it altogether? Nor can certain deficiencies in the practice of sacramental penance be overlooked. These include the tendency to obscure the ecclesial significance of sin and of conversion and to reduce them to merely personal matters; or vice versa, the tendency to nullify the personal value of good and evil and to consider only their community dimension. There also exists the danger, never totally eliminated, of routine ritualism that deprives the sacrament of its full significance and formative effectiveness.

The restoration of a proper sense of sin is the first way of facing the grave spiritual crisis looming over man today. But the sense of sin can only be restored through a clear reminder of the unchangeable principles of reason and faith which the moral teaching of the church has always upheld.

There are good grounds for hoping that a healthy sense of sin will once again flourish, especially in the Christian world and in the church. This will be aided by sound catechetics, illuminated by the biblical theology of the covenant, by an attentive listening and trustful openness to the magisterium of the church, which; never ceases to enlighten consciences, and by an ever more careful practice of the sacrament of penance.

The above picture (What's up with Us)  is of the New Divine Mercy Catholic Community of Priests in the USA...who are openly contradicting the teachings of the Church...pray for them.
at 10:59 AM