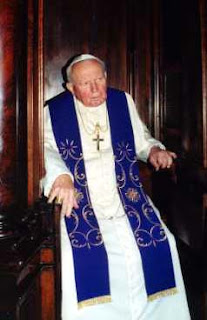 The pastors of the church are also expected to provide catechesis on penance. Here too the richness of the biblical message must be its source. With regard to penance this message emphasizes particularly its value for conversion, which is the term that attempts to translate the word in the Greek text, metanoia,(138) which literally means to allow the spirit to be overturned in order to make it turn toward God. These are also the two fundamental elements which emerge from the parable of the son who was lost and found: his "coming to himself"(139) and his decision to return to his father. There can be no reconciliation unless these attitudes of conversion come first, and catechesis should explain them with concepts and terms adapted to people's various ages and their differing cultural, moral and social backgrounds.

This is a first value of penance and it extends into a second: Penance also means repentance. The two meanings of metanoia appear in the significant instruction given by Jesus: "If your brother repents (returns to you), forgive him; and if he sins against you seven times in the day, and turns to you seven times and says, 'I repent,' you must forgive him."(140) A good catechesis will show how repentance, just like conversion, is far from being a superficial feeling but a real overturning of the soul.

A third value is contained in penance, and this is the movement whereby the preceding attitudes of conversion and repentance are manifested externally: This is doing penance. This meaning is clearly perceptible in the term metanoia, as used by John the Baptist in the texts of the synoptics.(141) To do penance means above all to restablish the balance and harmony broken by sin, to change direction even at the cost of sacrifice.
at 8:57 AM