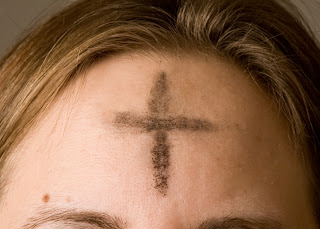 A catechesis on penance, therefore, and one that is as complete and adequate as possible, is absolutely essential at a time like ours when dominant attitudes in psychology and social behavior are in such contrast with the threefold value just illustrated. Contemporary man seems to find it harder than ever to recognize his own mistakes and to decide to retrace his steps and begin again after changing course. He seems very reluctant to say "I repent" or "I am sorry." He seems to refuse instinctively and often irresistibly anything that is penance in the sense of a sacrifice accepted and carried out for the correction of sin. In this regard I would like to emphasize that the church's penitential discipline, even though it has been mitigated for some time, cannot be abandoned without grave harm both to the interior life of individual Christians and of the ecclesial community and also to their capacity for missionary influence. It is not uncommon for non-Christians to be surprised at the negligible witness of true penance on the part of Christ's followers. It is clear, however, that Christian penance will only be authentic if it is inspired by love and not by mere fear; if it consists in a serious effort to crucify the " old man " so that the " new" can be born by the power of Christ; if it takes as its model Christ, who though he was innocent chose the path of poverty, patience, austerity and, one can say, the penitential life.


As the synod recalled, the pastors of the church are also expected to provide catechesis on conscience and its formation. This too is a very relevant topic in view of the fact that in the upheavals to which our present culture is subjected this interior sanctuary, man's innermost self, his conscience, is too often attacked, put to the test, confused and obscured. Valuable guidelines for a wise catechesis on conscience can be found both in the doctors of the church and in the theology of the Second Vatican Council, and especially in the documents on the church in the modern world(142) and on religious liberty.(143) Along these same lines, Pope Paul VI often reminded us of the nature and role of conscience in our life.(144) I myself, following his footsteps, miss no opportunity to throw light on this most lofty element of man's greatness and dignity,(145) this "sort of moral sense which leads us to discern what is good and what is evil...like an inner eye, a visual capacity of the spirit, able to guide our steps along the path of good." And I have reiterated the need to form one's conscience, lest it become "a force which is destructive of the true humanity of the person, rather than that holy place where God reveals to him his true good."(146)
at 6:18 AM