On other points too, of no less relevance for reconciliation, one looks to the pastors of the church for catechesis.


On the sense of sin, which, as I have said, has become considerably weakened in our world. 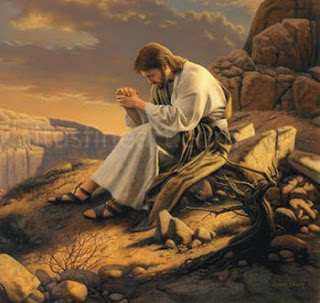 On temptation and temptations: The Lord Jesus himself, the Son of God, "who in every respect has been tempted as we are, yet without sin,"(147) allowed himself to be tempted by the evil one(148) in order to show that, like himself, his followers too would be subjected to temptation, and in order to show how one should behave when subjected to temptation. For those who beseech the Father not to be tempted beyond their own strength(149) and not to succumb to temptation,(150) and for those who do not expose themselves to occasions of sin, being subjected to temptation does not mean that they have sinned; rather it is an opportunity for growing in fidelity and consistency through humility and watchfulness.
Catechesis is also expected on fasting: This can be practiced in old forms and new as a sign of conversion, repentance and personal mortification and, at the same time, as a sign of union with Christ crucified and of solidarity with the starving and suffering.
Catechesis on almsgiving: This is a means of making charity a practical thing by sharing what one possesses with those suffering the consequences of poverty.
Catechesis on the intimate connection which links the overcoming of divisions in the world with perfect communion with God and among people, which is the eschatological purpose of the church.

Email ThisBlogThis!Share to TwitterShare to FacebookShare to Pinterest
Labels: Apostolic Exhoration on the Sacrament of Penance, Catechesis, Fasting, Loss of the Sense of Sin, Pope John Paul II