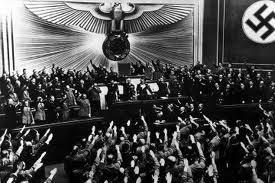 Some sins, however, by their very matter constitute a direct attack on one's neighbor and more exactly, in the language of the Gospel, against one's brother or sister. They are an offense against God because they are offenses against one's neighbor. These sins are usually called social sins, and this is the second meaning of the term. In this sense social sin is sin against love of neighbor, and in the law of Christ it is all the more serious in that it involves the Second Commandment, which is "like unto the first."(72) Likewise, the term social applies to every sin against justice in interpersonal relationships, committed either by the individual against the community or by the community against the individual. Also social is every sin against the rights of the human person, beginning with the right to nd including the life of the unborn or against a person's physical integrity.


Likewise social is every sin against others' freedom, especially against the supreme freedom to believe in God and adore him; social is every sin against the dignity and honor of one's neighbor. Also social is every sin against the common good and its exigencies in relation to the whole broad spectrum of the rights and duties of citizens. The term social can be applied to sins of commission or omission-on the part of political, economic or trade union leaders, who though in a position to do so, do not work diligently and wisely for the improvement and transformation of society according to the requirements and potential of the given historic moment; as also on the part of workers who through absenteeism or non-cooperation fail to ensure that their industries can continue to advance the well-being of the workers themselves, of their families and of the whole of society.

The third meaning of social sin refers to the relationships between the various human communities.
These relationships are not always in accordance with the plan of God, who intends that there be justice in the world and freedom and peace between individuals, groups and peoples. Thus the class struggle, whoever the person who leads it or on occasion seeks to give it a theoretical justification, is a social evil. Likewise obstinate confrontation between blocs of nations, between one nation and another, between different groups within the same nation all this too is a social evil. In both cases one may ask whether moral responsibility for these evils, and therefore sin, can be attributed to any person in particular. Now it has to be admitted that realities and situations such as those described, when they become generalized and reach vast proportions as social phenomena, almost always become anonymous, just as their causes are complex and not always identifiable. Hence if one speaks of social sin here, the expression obviously has an analogical meaning. However, to speak even analogically of social sins must not cause us to underestimate the responsibility of the individuals involved. It is meant to be an appeal to the consciences of all, so that each may shoulder his or her responsibility seriously and courageously in order to change those disastrous conditions and intolerable situations.
at 6:07 PM