The Effort of the Christian 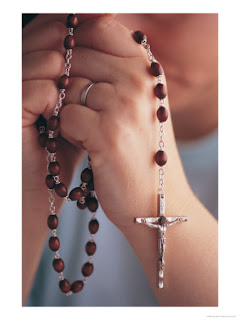 In this sense too we can say with St. Paul that "great indeed is the mystery of our religion. In this sense too piety, as a force for conversion and reconciliation, confronts iniquity and sin. In this case too the essential aspects of the mystery of Christ are the object of piety in the sense that the Christian accepts the mystery, contemplates it and draws from it the spiritual strength necessary for living according to the Gospel. Here too one must say that "no one born of God commits sin"; but the expression has an imperative sense: Sustained by the mystery of Christ as by an interior source of spiritual energy, the Christian,being a child of God, is warned not to sin and indeed receives the commandment not to sin but to live in a manner worthy of "the house of God, that is, the church of the living God."(109)

Toward a Reconciled Life 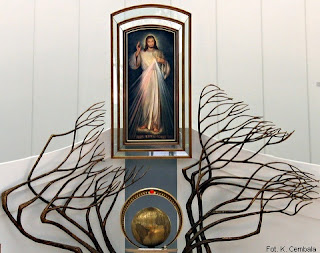 22. Thus the word of Scripture, as it reveals to us the mystery of pietas, opens the intellect to conversion and reconciliation, understood not as lofty abstractions but as concrete Christian values to be achieved in our daily lives.  Deceived by the loss of the sense of sin and at times tempted by an illusion of sinlessness which is not at all Christian, the people of today too need to listen again to St. John's admonition, as addressed to each one of them personally: "If we say we have no sin, we deceive ourselves, and the truth is not in us,"(110) and indeed, "the whole world is in the power of the evil one."(111) Every individual therefore is invited by the voice of divine truth to examine realistically his or her conscience and to confess that he or she has been brought forth in iniquity, as we say in the Miserere psalm."(112)

Nevertheless, though threatened by fear and despair, the people of today can feel uplifted by the divine promise which opens to them the hope of full reconciliation.  The mystery of pietas, on God's part, is that mercy in which our Lord and Father-I repeat it again-is infinitely rich.(113) As I said in my encyclical on the subject of divine mercy,(114) it is a love more powerful than sin, stronger than death. When we realize that God's love for us does not cease in the face of our sin or recoil before our offenses, but becomes even mere attentive and generous; when we realize that this love went so far as cause the passion and death of the Word made flesh who consented to redeem us at the price of his own blood, then we exclaim in gratitude: "Yes, the Lord is rich in mercy,n and even: "The Lord is mercy."

The mystery of pietas is the path opened by divine mercy to a reconciled life.
at 3:21 PM